Saturday evening festivities begin with a spectacular fireworks display, which can be viewed all through the Village of Ida. Then the Granddaddy of all light parades kicks off featuring 130-illuminated and animated parade entries that light up the entire village for nearly two hours.

Indoor storage can be obtained prior to event day on a first-come, first-serve basis.

To ease the line-up procedure, parade officials will be wearing reflective vests. Use the Lewis Avenue south Ida School drive to enter the parade line-up. For your convenience, the school will be open and food vendors will be available. Upon your return to the school parking lot after the parade, please proceed to the very east side of the parking lot to enable incoming floats to return. Parade officials will direct you through the parking lot.

Because of large crowds and congested traffic, it is recommended that you carpool and remain at the school after the parade for a time to allow traffic to subside.

The Parade of Lights can be seen on D & P Communications, MPACT, Buckeye, and Comcast, beginning Saturday, December 10 at 7:00 PM. and can be seen anytime on the worldwide web at
www.youtube.com/user/MPACTStudio.

Bought to you by
D & P Communications 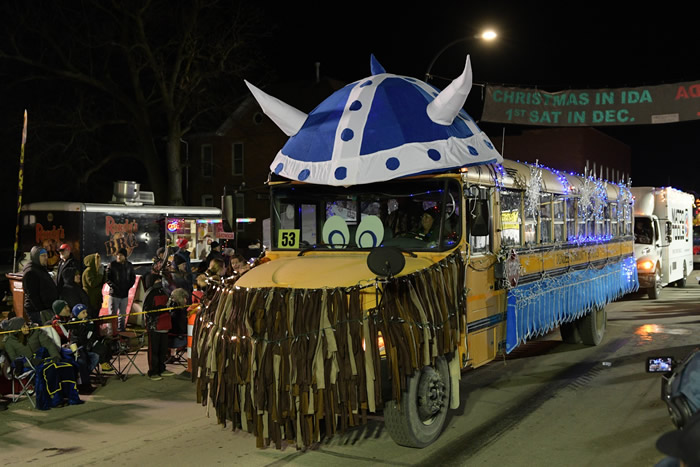